Through the Indian Mutiny 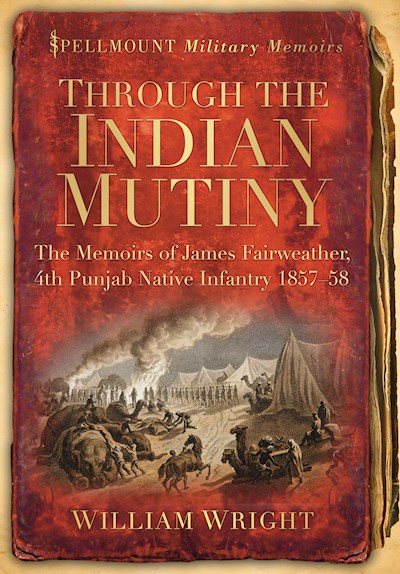 Through the Indian Mutiny

In July 1855, James Fairweather passed the competition exam for the Medical Service of the Honourable East India Company and sailed for Calcutta on 10 November, arriving there on 20 March 1856. In a few short months he found himself at the centre of the Indian Mutiny, the Assistant Surgeon of a celebrated regiment of hardy North-West Frontier warriors: the 4th Punjab Native Infantry. Often used as little more than cannon fodder, he saw these brave men fight in all the major battles of the bloody campaign, the Storming of Delhi, the Battle of Agra and the Relief of Lucknow. In Through the Indian Mutiny, Fairweather’s fascinating memoirs are published for the first time, the only British officer in the regiment to come through unscathed. Written in a vivid and compelling style, he does not shy from detailing the atrocities committed by his own side, and offers a unique insight into the lives of his men, of whom 900 out of 1,000 would be lost during the Mutiny. Editor William Wright, former chairman of the Victorian Military Society, provides a thoughtful introduction and historical analysis to compliment the text.