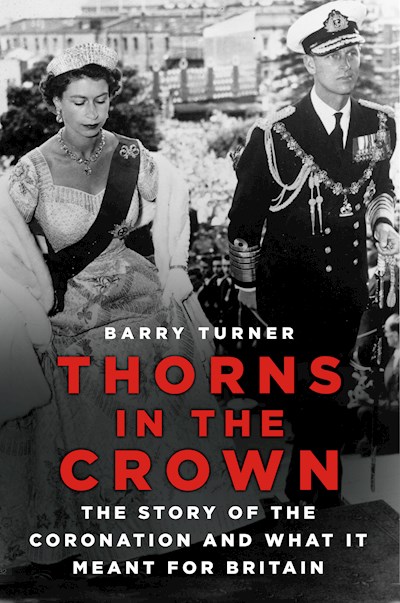 THE KING IS DEAD, LONG LIVE THE QUEEN

It is 1952 and Britain is changing. The Second World War is over, but the country is still scarred, recovering from six years of horror and still in the grip of food rationing. The British Empire is crumbling as countries fight for their independence both literally and physically. And George VI, the king who had refused to abandon London, is dead.

Thorns in the Crown is the story of a country on the precipice, divided between those who held firm to old values and traditions and those who were fighting for modernity and progression. Featuring memories and reflections of those who were part of the coronation, Barry Turner presents a unique look at Britain as it came to terms with the second Elizabethan age.