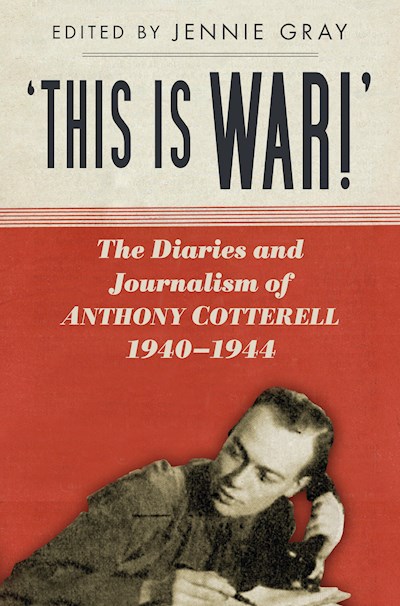 Anthony Cotterell wrote a unique form of war journalism – witty, sharp,engaging, and so vivid it was almost cinematic. As an official British Army journalist during the Second World War, he flew on bombing raids, sailed with merchant shipping convoys, crossed to France on D-Day, and took part in the Normandy Campaign. During this time he kept a diary, a hilarious and caustic record of his role in the war, a diary which abruptly ended after he vanished in mysterious circumstances after the battle of Arnhem bridge in 1944. Cotterell’s diary and selected war journalism, illustrated with previously unpublished photographs, are presented together here to shed new light not only on the everyday life of the British Army in the Second World War but also on the role of the press during times of conflict. The quality of his writing is truly captivating and his account of the Normandy campaign is surely the nearest that a modern reader will ever get to experiencing what it was like to be in the thick of a Normandy tank battle.