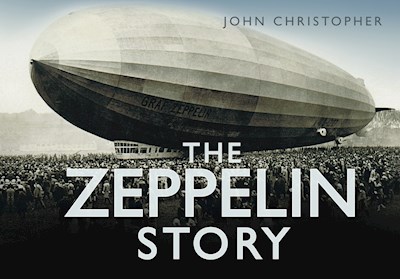 In the 1930s the silver Zeppelins ruled the skies, crossing the Atlantic on a regular basis with a style and elegance never seen before or since in air travel. The rigid-framed leviathans were the brainchild of elderly Count Zeppelin and when the German people rose in popular support for his cause his airships rode a wave of national pride. From the aerial bombers of the First World War, Zeppelins were reinvented as the way for the rich and famous to travel, and with the embryonic aircraft of the time barely able to hop the Atlantic they were set to rule the airways. That is until the fiery destruction of the Hindenburg at Lakehurst, New Jersey, put an end to that dream. In many ways the tale of what might have been, written by an expert in lighter-than-air flight, The Zeppelin Story offers unique insights into this fascinating aircraft.