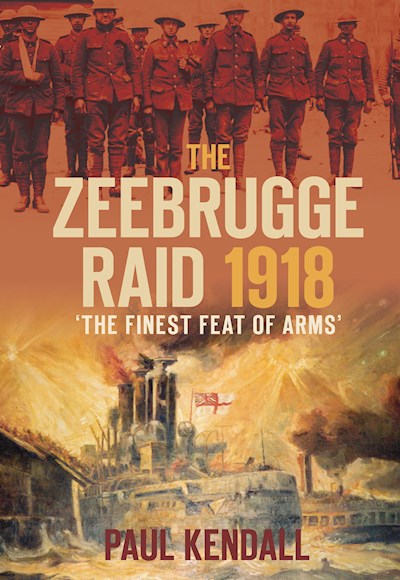 The purpose of this raid was to attempt to block the submarines at Bruges. These submarines were responsible for sinking a third of all Allied merchant shipping during the First World War and in early 1918 there was a danger that the German submarine campaign could have starved Britain into submission. The book explores the role of the German Flanders Flotilla based at Bruges and the submarines that passed through the canal entrance. Haig’s plan to break out from the Ypres Salient and capture Bruges and the German Naval Base was thwarted in the hellish quagmire at Passchendaele during November 1917. The Allied forces were exhausted and were in no fit state to carry out a further campaign to capture these objectives. It therefore fell to the Royal Navy and Royal Marines Light infantry to block the entrance at Zeebrugge. The raid was practically a suicide mission with a remote chance of surviving or returning home. With this knowledge the men who took part demonstrated great courage and fortitude under cover of darkness, challenged by the tide and the German gun batteries. This book features biographical tributes to accompany photos of 133 of those men from the Royal Navy and Royal Marines Light Infantry who took part in the raid. They were ordinary men who performed extraordinary, heroic deeds.