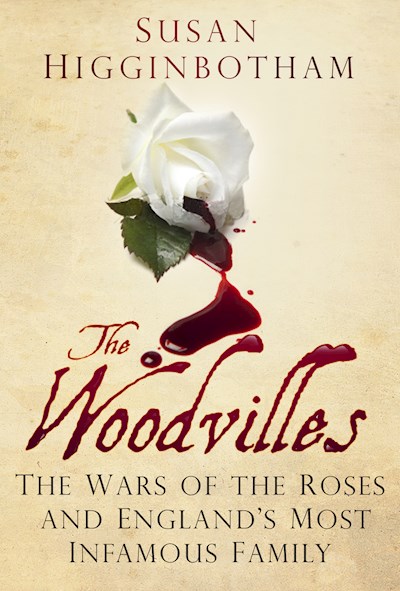 In 1464, the most eligible bachelor in England, Edward IV, stunned the nation by revealing his secret marriage to Elizabeth Woodville, a beautiful, impoverished widow whose father and brother Edward himself had once ridiculed as upstarts. Edward’s controversial match brought his queen’s large family to court and into the thick of the Wars of the Roses.

This is the story of the family whose fates would be inextricably intertwined with the fall of the Plantagenets and the rise of the Tudors: Richard, the squire whose marriage to a duchess would one day cost him his head; Jacquetta, mother to the queen and accused witch; Elizabeth, the commoner whose royal destiny would cost her three of her sons; Anthony, the scholar and jouster who was one of Richard III’s first victims; and Edward, whose military exploits would win him the admiration of Ferdinand and Isabella.

Join bestselling novelist Susan Higginbotham as she draws on little-known material such as private letters and wills to shed light on the controversial events surrounding one of England’s most notorious and perennially popular families.