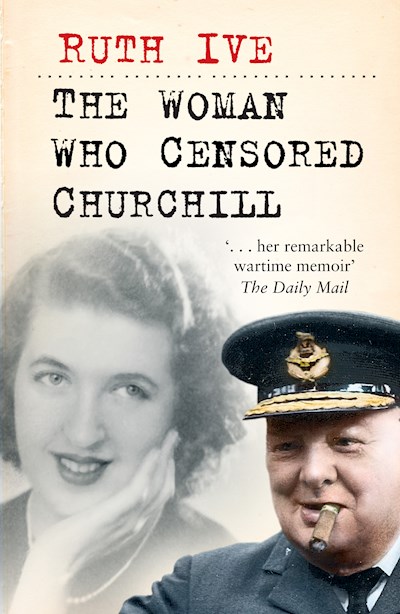 During the Second World War, the only way Winston Churchill and his American counterpart Franklin D. Roosevelt could communicate was via a top secret transatlantic telephone link. All other Atlantic telephone cables had been disconnected to prevent the Germans intercepting information. Ruth Ive, then a young stenographer working in the Ministry of Information, had the job of censoring the line, and she spent the rest of the war listening in to the conversations across the Atlantic, ready to cut the line if anything was said that might compromise security.

Ruth was sworn to secrecy about her work, and at the end of the war all documentation proving the existence of the telephone line was destroyed. It was not until 1995, when Churchill’s private files were finally declassified, that Ruth was able to research her own history.

In The Woman Who Censored Churchill, Ruth describes the details of her incredible story and reveals the private conversations of two of the war’s most important players.