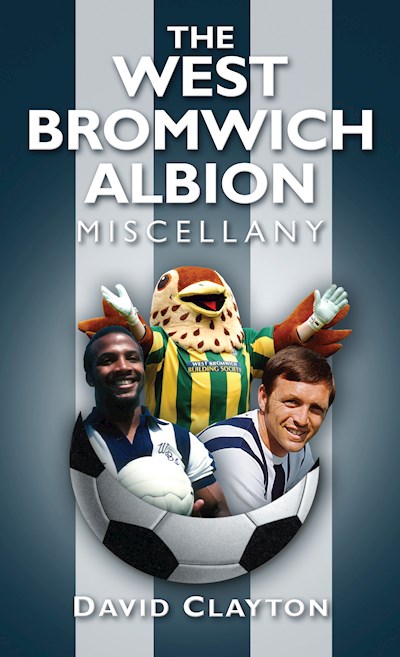 The West Bromwich Albion Miscellany – a book on the Baggies like no other, packed with facts, stats, trivia, stories and legend. Now, with the club experiencing previously uncharted highs, take a look back at what has made West Bromwich Albion Football Club what it is today – the players and characters that have represented the Albion over the years and the events that have shaped the club. If you want to know the record crowd for a home game, the record appearance holder, the longest-serving manager and a host of other weird, wonderful and entertaining facts, look no further – this is the book you’ve been waiting for. From record goal scorers, to record defeats; from Cyrille Regis to Ron Atkinson, from nicknames to Frank Skinner and other celebrity supporters – it’s all in The West Bromwich Albion Miscellany – can you afford not to own a copy?