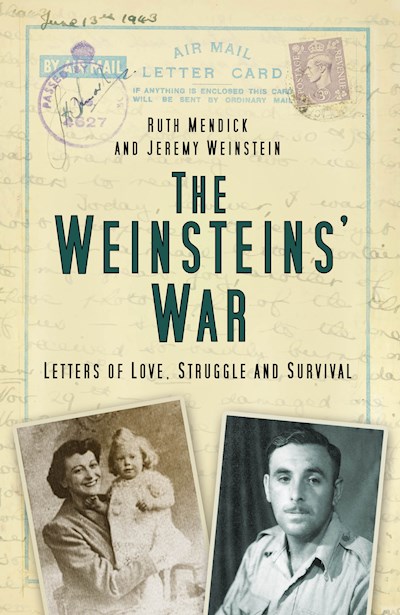 This is the story of one young Jewish family, Dave and Sylvia and daughter, Ruth as told through the 700 letters they exchanged – between Dave at war and Sylvia in England. The letters, always vivid, sometimes funny, often passionate and moving, begin in 1942, when Dave first goes abroad on active service, and continue until he is discharged home in 1945. Their letters provide a unique picture of life on two Fronts, at war in the 8th Army fighting in North Africa and Europe, ending in the Army of Occupation in Germany, and at home surviving the Blitz, rationing, family rivalries and the struggles entailed in bringing up a young daughter. It is a very honest and intimate portrayal of the strains of sustaining a very new marriage and a loving relationship when they were so far apart and the hopes they both had for a new, post-war Britain.