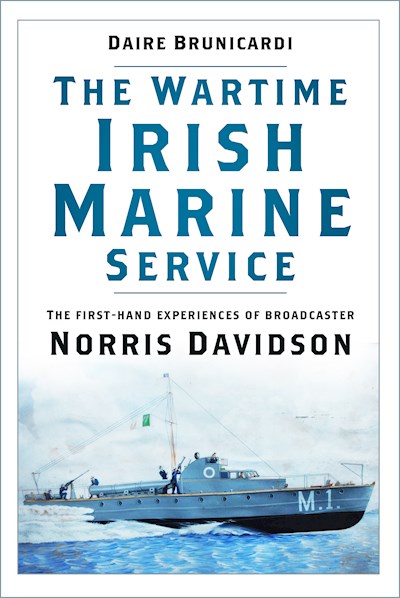 Norris Davidson’s informative account of his experience in the Irish Marine Service during the Second World War gives a refreshing insight into many aspects of the Defence Forces preparing to defend the state to the best of its ability. Often humorous and sometimes moving, it is an engaging account that will appeal to anyone interested in Irish wartime or maritime history.

Before his death, Norris entrusted the manuscript to ex-naval officer Daire Brunicardi who has added to the manuscript with an informative foreword to set the scene, as well as providing some fascinating photos and wartime ephemera.