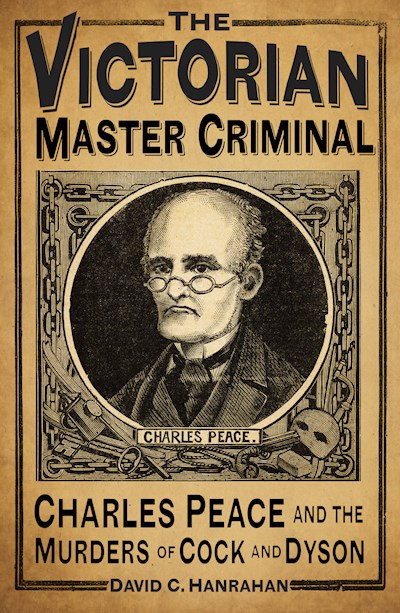 On 2 August 1876, a young policeman named Constable Nicholas Cock was shot dead while walking ‘the beat’ at Whalley Range, Manchester. A few months later, on the evening of 29 November 1876, Arthur Dyson, an engineer, was murdered in his own backyard at Banner Cross, Sheffield. Charles Peace was Victorian Britain’s most infamous cat burglar and murderer. He was a complex character: ruthless, devious, dangerous, charming, intelligent and creative. Mrs Katherine Dyson identified him as the murderer of her husband, and as the police searched the country for him, Peace was living a life of luxury under another identity in London. One of these murders became the most notorious and scandalous case of the Victorian age, with a tale of illicit romance and a nationwide hunt for Britain’s most wanted man; the other was to become a landmark in British legal history. Although no one suspected a link between them, these two sensational murder cases would, in the end, turn out to be tied together in a way that shocked Victorian society to its core.