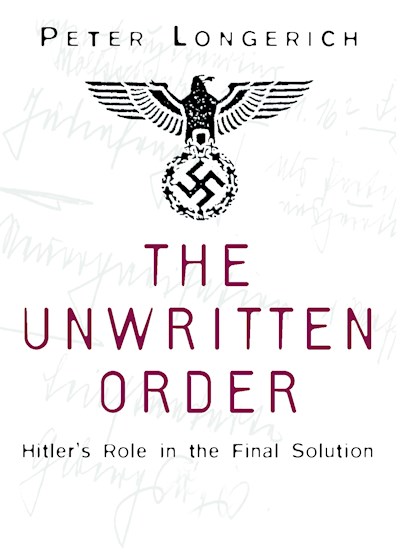 The Holocaust differs from other genocides in recent history for one main reason: there is no other example in which a minority was annihilated systematically and as completely as possible on the orders of a head of state and through the apparatus of government. To reconstruct Hitler’s central role in the Final Solution represents a particular challenge. Hitler treated the murder of the Jews as a matter of the utmost secrecy and was careful wherever possible not to leave behind any written orders. Wherever his instructions on this matter are recorded he has used codified language. He kept away from the implementation of the orders and feigned ignorance, even to his closest friends and colleagues. Under these conditions, the surviving source material can only be described as fragmentary. The Unwritten Order aims to offer documentary proof of Hitler’s central role in the murder of the European Jews. In order to achieve this aim, various documents and fragments of documents have been pieced together and the codified language of the dictator deciphered.