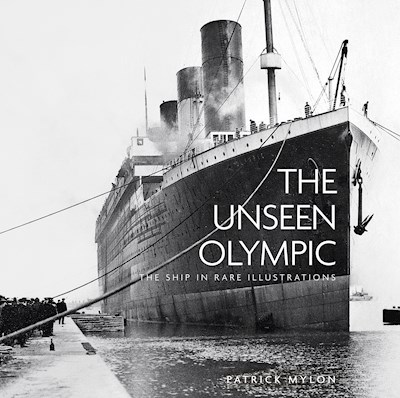 RMS Olympic was created during a period of intense competition between the north Atlantic shipping lines. Sister to the ill-fated Titanic and Britannic, Olympic encompassed all the qualities the line was striving for in size, opulence and luxury. Although sometimes overshadowed in the public consciousness by her two sisters, given their unfortunate fates, she enjoyed a lengthy and distinguished career that they did not, including time spent as a troopship in the First World War. She served as one of the White Star Line’s leading vessels from 1911 to 1935, when she was finally scrapped. Packed with stunning postcards and photographs from author Patrick Mylon’s unrivalled collection, this sumptuous book is the definitive ‘unseen’ history of this grand ocean liner.