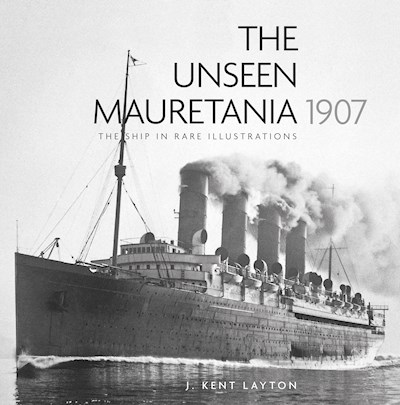 ‘Mauretania was a ship with a fighting heart. First and foremost, she was not just a great and successful liner. She was the Mauretania.’ - Franklin D. Roosevelt.

When the Mauretania took to the North Atlantic for the first time in November 1907, she was the largest and fastest ship in the world, serving with her sister ship, the Lusitania, for nearly eight years. Although the Lusitania’s life was cut short during the First World War, the Mauretania continued to have an impressive presence at sea. She held the Blue Riband for the fastest transatlantic crossing until 1929, and had a glorious career that spanned the first four decades of the twentieth century.

Full of rare photographs and illustrations, The Unseen Mauretania [1907] reveals one of Cunard’s most legendary ocean liners as you have never seen her before.