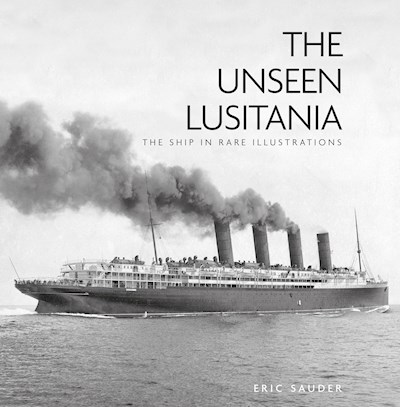 Lost to a German torpedo on 7 May 1915, Cunard’s RMS Lusitania captured the world’s imagination when she entered service in 1907. Not only was she the largest ship in the world, but she was also revolutionary in design as well as being a record breaker. Lusitania is now sadly remembered for her tragic destruction, sinking in eighteen minutes with the loss of around 1,200 souls.

In this sumptuously illustrated book, historian Eric Sauder brings RMS Lusitania to life once again. Filled with vivid, unseen photographs and illustrations from Eric’s extensive private collection, this absorbing read will transport the reader back over 100 years to a time when opulent Ships of State were the only way to cross the Atlantic.