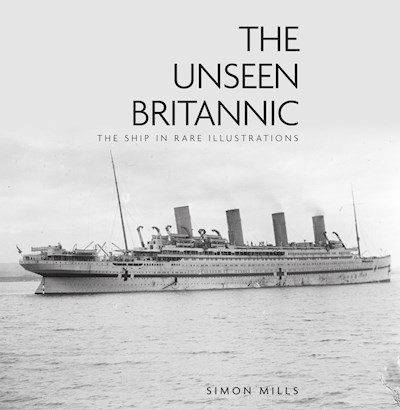 Despite being the largest of the legendary Olympic-class trio, Britannic is often overlooked in comparison to Olympic and Titanic. Launched on the eve of war in February 1914, Britannic would never see service on the White Star Line’s express service for which she was built. Instead, His Majesty’s Hospital Ship Britannic became vital to the thousands of injured and sick troops who needed transporting back to Britain from the Mediterranean theatre of war. However, her life was cut short when she was suddenly wracked by a mysterious explosion on 21 November 1916 and sank in less than an hour – three times faster than her sister ship Titanic – and yet, thanks to the improvements in safety heralded by the tragedy of her sister, 1,032 of 1,062 on board survived. In this updated and expanded edition of The Unseen Britannic, Simon Mills incorporates previously unseen material to tell a tale of heroism in the First World War and a remarkable ship, which is finally beginning to emerge from the shadow of the Titanic.