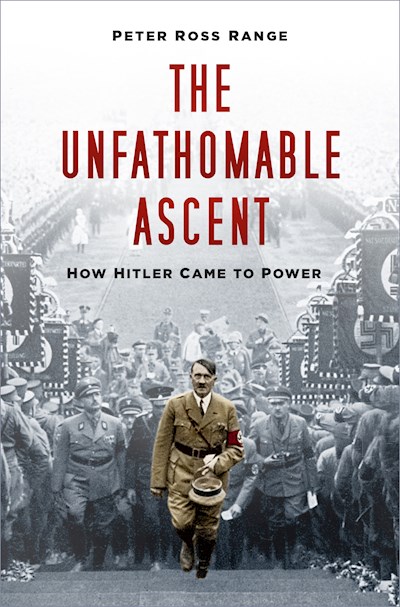 On the night of 30 January 1933, Adolf Hitler leaned out of a spotlit window of the Reich Chancellery in Berlin, bursting with joy. Even to Hitler himself, the moment seemed unbelievable. After an improbable, serpentine political journey that came close to faltering on many occasions, his march to power had finally succeeded. Until now, no single work has focused on the precise eight-year run of his climb to rule from 1925 to 1933. Peter Ross Range brings this period back to startling life, giving readers a necessary story of brushes with power and quests for revenge, non-stop electioneering and underhand campaign tactics. For Hitler, moments of gloating triumph were followed, shockingly, by abject humiliation. Masterfully woven into one unforgettable and urgent narrative, THE UNFATHOMABLE ASCENT will make us remember what we should never forget.