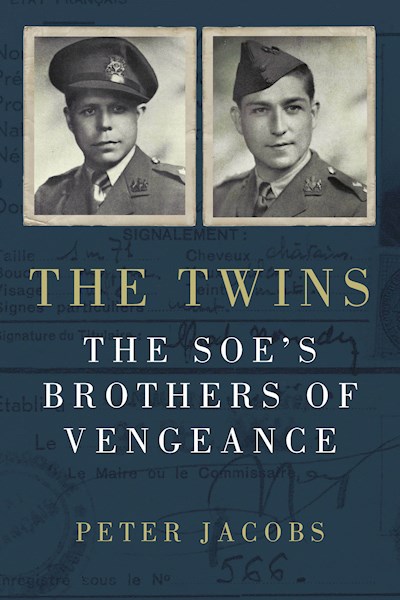 December 1941. After setting up one of the first resistance organisations in Vichy France and escaping over the Pyrenees into Spain, brothers Henry and Alfred Newton received devastating news. The SS AVOCETA, carrying their parents, wives and children to the safety of Britain, had been torpedoed by a German U-boat. All of their family were dead. From that moment on, the Newton brothers were consumed by revenge. Recruited by SOE, and known to everyone simply as the Twins, they returned to France and waged their own personal war against the Nazis. For nine months they lived on the edge before they were betrayed, and the net finally closed. They were caught by the Gestapo and tortured at the hands of Klaus Barbie, known as the Butcher of Lyon, before being taken to the dreaded Buchenwald concentration camp. For the first time in over sixty years, acclaimed historian Peter Jacobs reveals the full story of Henry and Alfred Newton. Drawing on personal archives and new research, THE TWINS is a dramatic tale of courage steeped in vengeance – and of the bonds of brotherhood in the face of hell on earth.