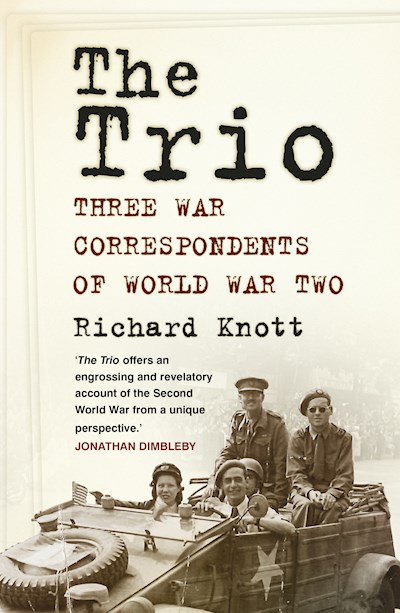 The Trio tells the story of three war correspondents, two Englishmen and an Australian, all in their 30s, whose friendship was forged during the Second World War. They became so close that their colleagues dubbed them ‘The Trio’, sometimes out of disgruntled rivalry. Alan Moorehead, Alexander Clifford and Christopher Buckley worked for the Express, Mail and Telegraph respectively. Clifford and Moorehead lived together more closely than most married couples, and all three correspondents spent the war years travelling relentlessly, chasing news and writing stories, while being reliant on each other’s friendship and mutual trust. They slept under the desert stars, in sumptuous Italian villas, in trains and army trucks. They were frequently in the line of fire, while their names became synonymous with the best war reporting. The Trio describes their relationship, what happened to each of them in the war and finally, when the fighting was over, how success gave way to personal tragedy.