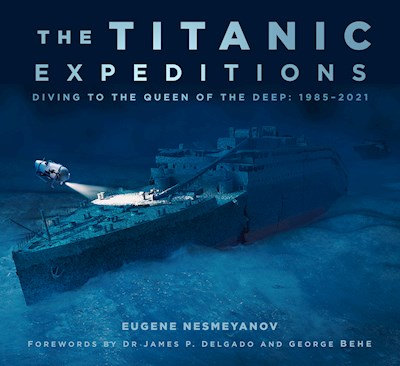 The remains of the world’s most famous passenger liner, RMS Titanic, were discovered off the coast of Newfoundland in 1985, seventy-three years after it sank. Since then there have been numerous deep-water expeditions to the wreck site, yet little has ever been revealed about the details of these operations.

Now, in this fully updated book, Eugene Nesmeyanov recounts all the major Titanic expeditions from 1985 to 2021, taking us on a journey alongside the scientists, cinematographers and other specialists who have visited the legendary wreck 2½ miles below the surface of the North Atlantic. A thorough analysis of the sophisticated technical equipment used is presented, along with historical, biological and other scientific findings, and rare material from official archives and private collections.