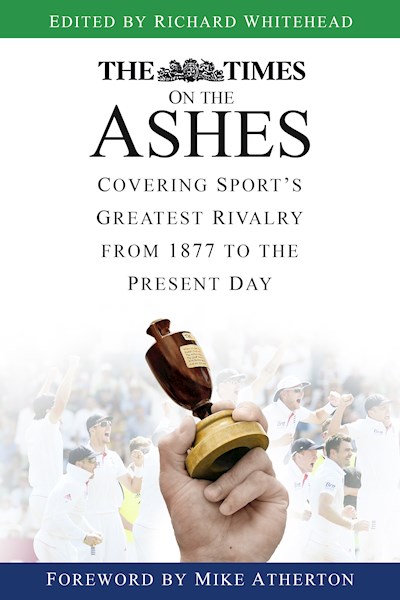 England against Australia for the Ashes – it is one of the oldest and greatest rivalries in sport and almost its entire history has been covered in The Times. The whole story is here: from Shane Warne’s ball of the century in 1993 to Gilbert Jessop’s power hitting at The Oval in 1902; from the infamous Bodyline tour of 1932–33 to England’s surrender to the pace of Lillee and Thomson in 1974–75; from Len Hutton’s Coronation-year triumph in 1953 to the long years of defeat before the Ashes were finally recaptured in 2005. The Times on the Ashes showcases great batsmen like Bradman, Ponting, Gower, Trumper, Boycott and Greg Chappell, and the great bowlers Trueman, Warne, Larwood, Lillee, Underwood, McGrath and Anderson, along with the great captains such as Brearley, Ian Chappell, Vaughan, Armstrong, Jardine, Steve Waugh and Hutton. This book recaptures more than a century of the highs and lows of Ashes cricket through the pages of The Times and features some of the greatest writers in the history of the sport.