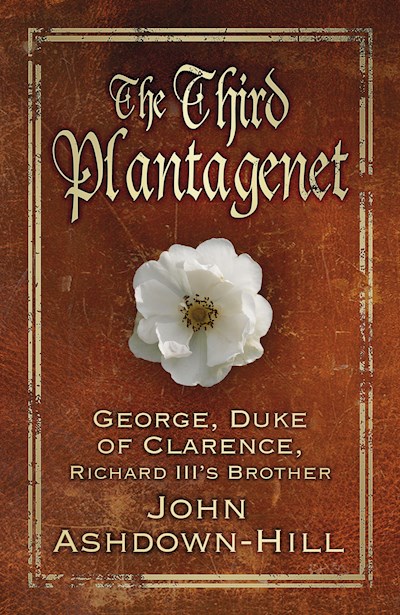 Less well-known than his brothers, Edward IV and Richard III, little has been written about George, Duke of Clarence, leaving us with a series of unanswered questions: What was he really like? What set him and his brother Edward IV against one another? And who was really responsible for his death? George played a central role in the ‘Wars of the Roses’, played out by his family. But was George for York or Lancaster? Is the story of his drowning in a barrel of wine really true? And was ‘false, fleeting, perjur’d Clarence’ in some ways one of the role models behind the sixteenth-century defamation of Richard III? Finally, where was he buried and what became of his body? Could the DNA used recently to test the remains of his younger brother, Richard III, also reveal the truth about the supposed ‘Clarence bones’ in Tewkesbury? Here, John Ashdown-Hill brings us a new full biography of George, Duke of Clarence, which exposes the myths surrounding this important Plantagenet prince, and reveals the fascinating results of John’s recent reexamination of the Clarence vault and its contents.