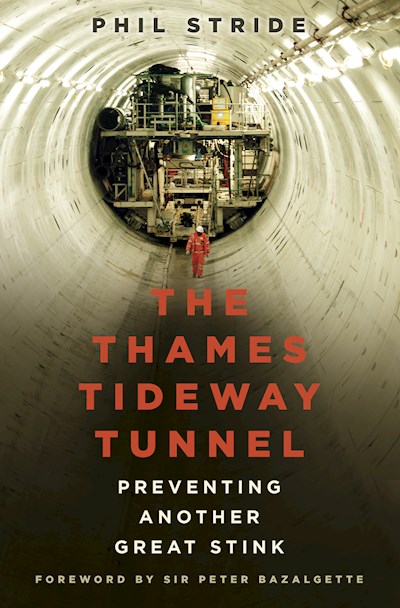 In 1858 the ‘Great Stink of London’ made much of the city along the Thames uninhabitable. Between 1848 and 1854 nearly 25,000 Londoners died of cholera, a disease borne by foul water. Joseph Bazalgette saved the city, building sewers that would serve 4 million people and stop waste water emptying into the Thames. These sewers are still the backbone of London’s sewerage system today, but the city’s population is now approaching 10 million; the old sewers can’t cope and action needs to be taken to ensure that ‘The Great Stink’ never happens again. This is where the Thames Tideway Tunnel comes in: a £4.2 billion, 25km-long, 7.2m-diameter tunnel that will stop virtually all of the sewer overflows into the Thames and give us a cleaner and healthier river and city. This is the inside story on the tunnel, from the very start to breaking ground and all the steps along the way. Written by Phil Stride, a leading civil engineer, it is a unique chance both to see behind the scenes of an incredible civil engineering project and to meet the people who’ve taken it forward over the last ten years.