The Sword and the Sketch Book 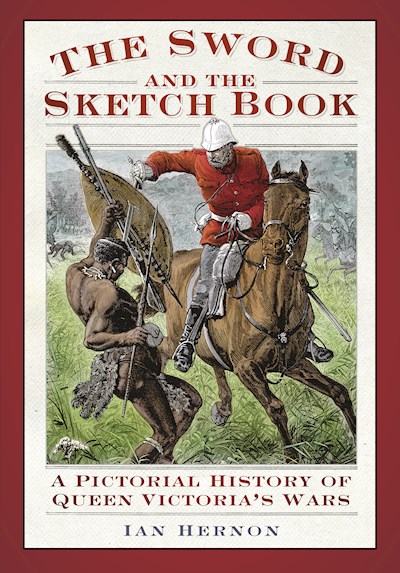 The Sword and the Sketch Book

Victoria's long and illustrious reign saw Britain ruling the world's biggest Empire - but it came at a heavy cost. A myth has grown up that apart from involvement in the Crimean, a heroic stand against Zulus at Rorke's Drift, and the Boer War which was raging as she died, this was an age of peace together with prosperity. Not a bit of it. In reality her armed forces were locked in deadly conflict across the globe, from the Punjab to New Zealand, from Abyssinia to Belize. Political journalist and military historian Ian Hernon brings to life these conflicts as they appeared to those fighting them and to those they left at home. He has brought together illustrations from the time eagerly devoured by an anxious public but largely unseen since. They show Victorian warfare in all its horror and glory together with the advances in an increasingly mechanised age to transport and supply the troops. And it pays tribute to those war artists and correspondents who risked their lives alongside the troops.