The Strange Death of Edmund Godfrey 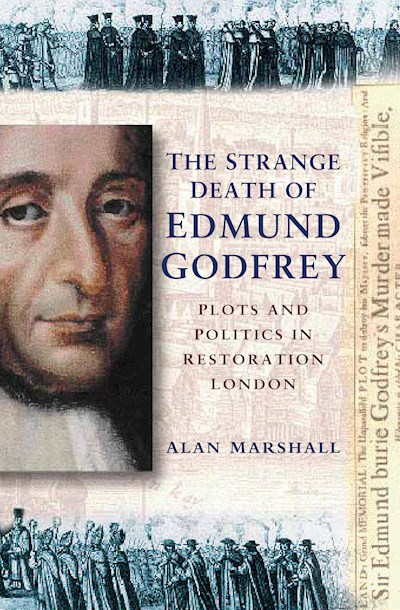 The Strange Death of Edmund Godfrey

On the evening of 17 October 1678 the body of Sir Edmund Berry Godfrey, a Westminster Justice of the Peace, was discovered in a ditch near Primrose Hill. He had been pierced with his own sword and apparently strangled. His death lead to a widespread popular hysteria about a "Popish Plot". Although a magistrate famous for his fierce rectitude, Godfrey was closely involved with the alternative healer and "stroker", Valentine Greatrakes and also played a part in many plots and and intrigues centred on the uninhibited court of Charles II and Restoration London. His death brought to a head a series of rumours about Catholic plots to kill Charles II and install his brother, James, Duke of York, on the throne. Identified as the victim of a Jesuit hit-man, Godfrey became overnight a Protestant martyr and cult figure.