The Story of Urmston, Flixton and Davyhulme 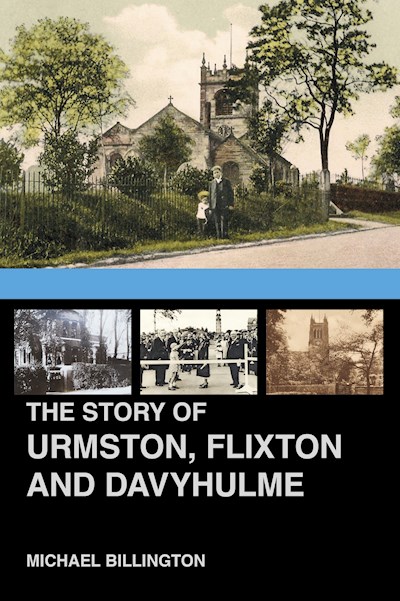 The Story of Urmston, Flixton and Davyhulme

The townships of Urmston, Flixton and Davyhulme nestle neatly in a triangular area bordered on the south by the River Mersey, on the north-west by the River Irwell/Manchester Ship Canal and on the east by the M60 motorway. In this, the first substantial book on the area since 1898, local historian Michael Billington draws on census records, newspaper reports, antiquarian books, church accounts, Victorian church magazines, trial records, OS maps, burial records, Industrial School Act records and conversations with local historians and residents. The author, himself an Urmstonian, takes the reader on a journey of discovery in his portrayal of old houses (many now demolished due to disrepair or to make way for the motorway), churches, farms, weaving, the arrival of the railway, children and education, entertainment, sport, customs, culture, the war years and more. There are many previously unpublished photographs, maps and stories to take older residents on a nostalgic journey down memory lane whilst also introducing younger readers to a fascinating trio of townships some seven miles or so to the south-west of Manchester, itself immersed in the glory of the Industrial Revolution.