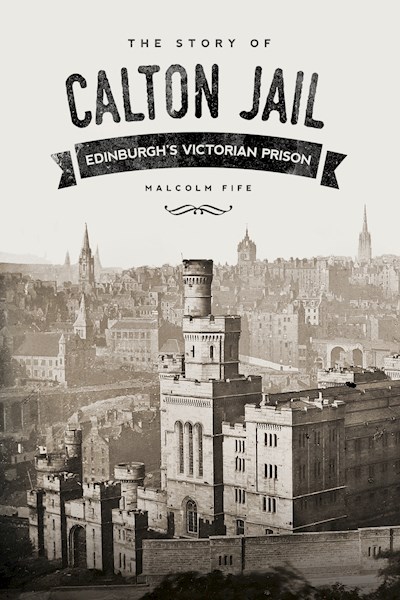 Located a short distance from Edinburgh’s Princes Street, the castellated design of Calton Prison was often mistaken by nineteenth-century visitors to the city for Edinburgh Castle. Occupying a prominent site on the rocky slope of Calton Hill, the then largest jail in Scotland was constructed to replace the ageing tolbooth and soon became the region’s main correction facility, housing prisoners awaiting trial and those facing execution, including murderers, political agitators, fraudsters, terrorists and even the notorious bodysnatchers Burke and Hare. For the inmates– the first of whom arrived in 1817– life inside the prison was initially wretched: conditions were squalid and discipline harsh, food was basic and the cells cold, but by the latter part of the nineteenth century it was well run compared with some other prisons. In this, the first long-overdue history of the prison, Malcolm Fife tells the story of Calton Jail, the staff and prisoners, the escapes and executions, and the crimes and punishments. Richly illustrated, it offers an absorbing insight into the Scottish criminal justice system of yesteryear.

Prisons and Prisoners in Victorian Britain

The Prison Service in Britain