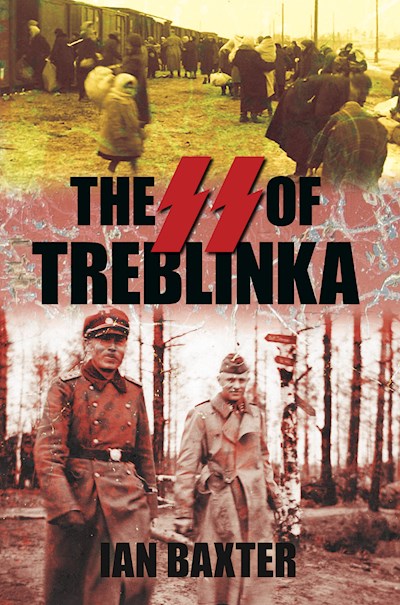 In January 1942 senior officials of the Nazi regime met to discuss the ‘final solution to the Jewish question’, at a gathering that became known as the Wannsee Conference. As part of the resulting Operation Reinhard, camps were built with one aim in mind, not to imprison the Jews, but to kill them. By the time the extermination camp of Treblinka was made fully operational in July 1942, the SS had built a killing factory capable of despatching hundreds of thousands of people which could be run by only a handful of guards. But who were these men who ran Treblinka, many of whom had volunteered for the job? Were they ordinary people following terrible orders, or were they monsters? In The SS of Treblinka, Ian Baxter reveals the true natures of the men who during the camp’s short operation, murdered some 850,000 Jews. Some of them appeared outwardly to have been kind family men who then inflicted terrible cruelties on those in their power, while a few were afterwards spoken about with affection and gratitude by survivors. Using official documents, trial transcripts and private correspondence, he describes how these men lived day to day, inured to scenes of tragedy, eating and drinking the provisions their victims had brought with them under the delusion that they would be resettled, and what they thought of the thousands of people who arrived at the rail station positioned only metres from the gas chambers, whose bodies they would oversee being burned within the hour.