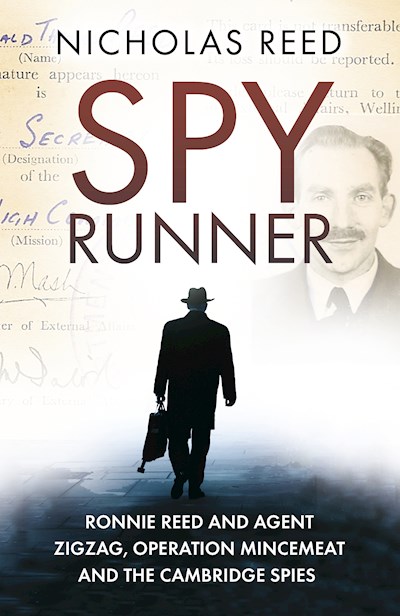 Major Ronnie Reed was case officer for the infamous Agent Zigzag and the face behind Operation Mincemeat. But how did this young BBC radio operator, with no money and qualifications to speak of, reach such an important position in his twenties? Why did Agent Zigzag (Eddie Chapman) give Ronnie his Iron Cross, awarded to Zigzag by Hitler himself? And how, within ten years following the Second World War, did Ronnie find himself heading the anti-Russian department of MI5, dealing with notorious spies such as Philby, Burgess and Maclean? In an interview filmed in 1994, shortly before Ronnie's death, he revealed his remarkable story to his son, Nicholas. Here, Nicolas Reed reproduces that interview and fills in the background of THE MAN WHO NEVER WAS.