The Spellmount Guide to London in the Second World War 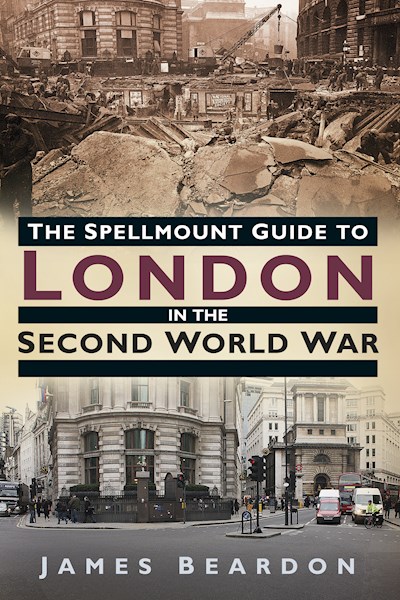 The Spellmount Guide to London in the Second World War

In the lead up to and throughout the course of the Second World War, London was a city transformed, as it simultaneously became the front line and the command centre of Allied operations. The scale and speed of London’s transformation are unparalleled in its history as the government requisitioned buildings and built defences while bombing wrought devastation across the city, changing it forever. This book will guide the reader – as an armchair tourist or a real one – around wartime London. Buildings that had a specific wartime use or have a link to an important event that occurred during the war are revealed, along with the often secret activities, known to only a select few, of the organisations that occupied them. Structures used as air-raid shelters, iconic landmarks damaged by enemy bombing and other ways in which London changed are all brought to life in this user-friendly guide. Sections cover the seven central London boroughs, from Hammersmith to Tower Hamlets, together with chapters on Greater London and on memorials and museums, accompanied by maps and photographs of the city then and now.