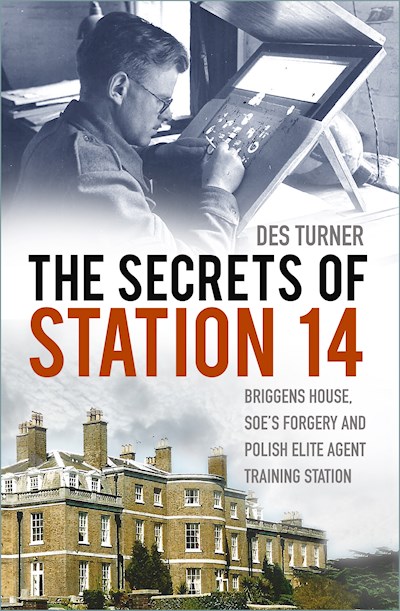 Initially Briggens was established to train Poland's elite fighting force, the Cichociemni, members of the Polish Home Army who had escaped the atrocities in Poland. Here they were taught to command men, parachute, fight hand to hand and carry out acts of sabotage. When three Poles began forging false identity papers, this inspired SOE to recruit the best printers in Britain and so began the other important work of Station XIV, the forging of counterfeit documents to deceive the enemy using miniature and microphotography techniques. The forgeries had to be perfect; any error could mean arrest, interrogation, torture and assassination. Central to supporting both Briggens groups were the women of FANY who provided cooking, laundry, transport and counselling. Des Turner spent 11 years researching Briggens, and reveals the history of this important SOE station through moving human stories of bravery, courage, skill, tragedy and humour.