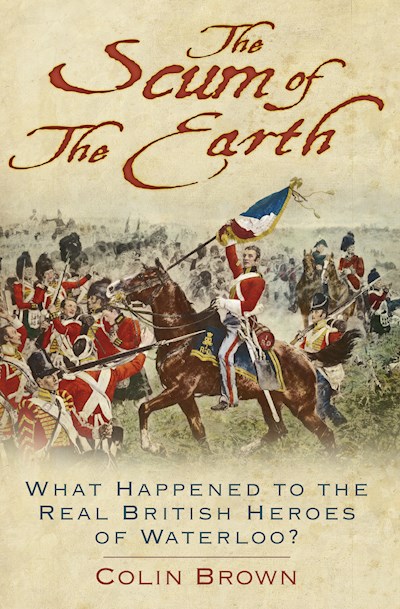 The Scum Of The Earth follows common soldiers – those whom Wellington angrily condemned as ‘scum’ for their looting at Vitoria – from victory at Waterloo to a Regency Britain at war with itself: James Graham, an Irishman hailed as the bravest man in the British army for his actions in closing the north gate at Hougoumont, forced to plead for charity on his return to Britain; John Lees, a spinner from Oldham who met his end at Peterloo in 1819 – sabred by the same cavalry with which he had served his country; and countless others. Colin Brown skilfully dismantles the myth that the defeat of Napoleon ended the threat of revolution spreading from France. Wellington’s ‘scum’ may have won peace in Europe for fifty years, but at home, repression and revolution were in the air, and by 1848 the whole of Europe was once more set for complete upheaval. The picture that emerges is a very different one from the traditional view of elegant Regency Britain.