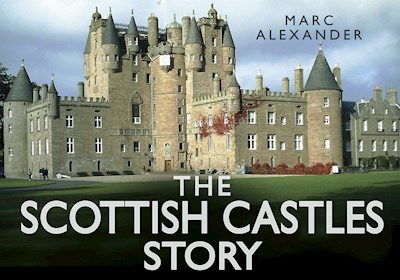 The castle is an evocative structure, no matter its setting, and this is no truer than in Scotland, where the multitude of castles reflect the country’s turbulent history: its many conflicts and skirmishes, whether against invaders from the north, the English to the south or between clans. Castle building reflected the dual needs to control a population and protect against rebellion and invaders. They have been the scenes for some of the most dramatic deeds in British history throughout war and political confl ict and, of course, without the strategic and psychological effect of castles the feudal system would have been impossible. In this well-researched and beautifully illustrated book, Marc Alexander explores the story of Scotland’s castles, featuring many vivid tales from history and legend, and showcasing a wide range of its incredible wealth of castles.