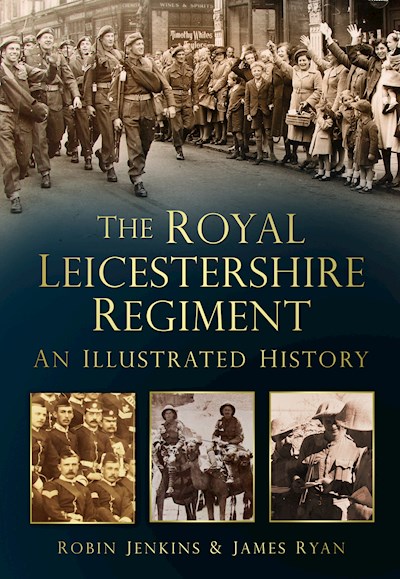 Raised as Colonel Solomon Richards’ Regiment in 1688, the 17th Regiment of Foot (later the Leicestershire Regiment) served with distinction throughout Europe and the Empire – in particular in India, where they gained the signal honour of their Green Tiger badge and ‘Hindoostan’ motto. Many battalions served through both World Wars and in Korea, until reorganisation led to their absorption into the Royal Anglian Regiment of today. This is the story of the Royal Leicestershire Regiment, ‘The Tigers’, told through artwork and historic photographs in the care of the Record Office for Leicestershire, Leicester and Rutland. Although there are few records of the regiment’s first 150 years, from the 1840s onwards there is a wealth of photographic material; much of which has never before been published. The regiment and its soldiers are seen at ease and on duty, in their finest full dress and in the remnants left by active service. This is the first illustrated history of the regiment and will be a worthy tribute to one of the British Army’s most gallant regiments.