The Rise and Fall of Thomas Cromwell 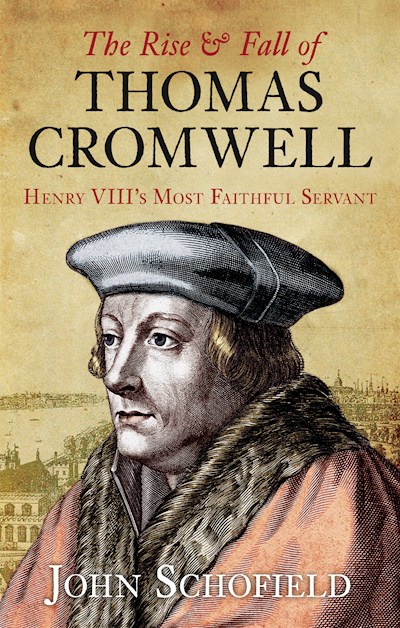 The Rise and Fall of Thomas Cromwell

Thomas Cromwell was a man of humble origins and outstanding intellect who rose up to become Henry VIII’s chief minister and right-hand man during the English Reformation. He wielded enormous power while he retained the king’s favour, but the failure of Henry’s marriage to Anne of Cleves, which Cromwell had arranged, led to his swift downfall and execution. In this biography, John Schofield reveals that the popular image of Cromwell as a blood-stained henchman is largely fictional. Detailed research into contemporary sources illuminates his brilliant mind and his love for and patronage of the arts and humanities, while short case studies shed new light on his relations with, and his reputation among, Henry VIII’s subjects. In his conclusion, Schofield narrates the drama of Cromwell’s downfall and highlights the king’s posthumous exoneration of the ‘most faithful servant he ever had’.