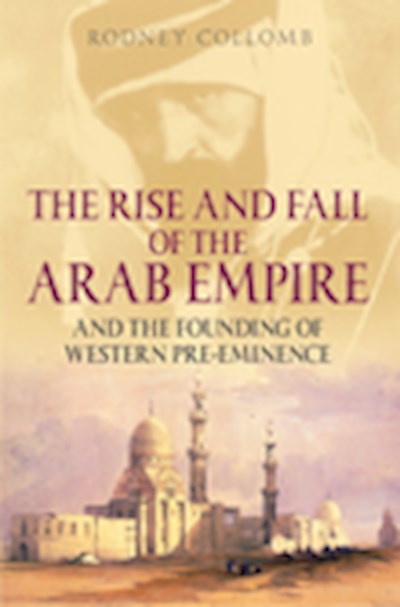 Flooding out of poverty-stricken medieval Arabia, in a century of unprecedented conquest, plunder-seeking tribesmen led by zealous successors of the prophet Mohammed, to whom the Word of God had been given, created the nation of Islam, an empire of faith, certainties, riches and slaves, of scholarship, science and the arts, and a lasting ethos from the Atlantic coasts of Morocco and Iberia to the great rivers of northern India and the borders of China. Murderous clan rivalry, however, fierce sectarianism, pervasive extravagance and corruption and inept statecraft led within decades to the break up of the empire. Successor states, lesser empires, often striving to extend their powers, most lasting but a few score years, struggled under attack from outside and rebellion from within. All failed eventually under the burdens of dynastic rivalry and inability to reform. These factors, added to hardships imposed by the scarcity of natural resources, the effects of warming climate change in the early Middle Ages, famine and pestilence, and the evolution of crucial terms of trade in the Mediterranean to the advantage of the Europeans, led finally to the fall of the Arabs into 500 years of poverty and ignorance. In the eleventh century, the Christian-military reawakening of Europe from the so-called Dark Ages, a Europe with its wealth of natural resources and its more temperate climate, led to significant commercial advances being made by Westerners, to the dawning of capitalism with all its virtues and defects and the beginnings of a prosperous middle class; 'humanism' and the Renaissance, the recognition of the need for separation of church and state; the intervention and spread of the printing press and with it, learning, to the discovery of the Americas, the Reformation of the Roman church, the Scientific and Industrial Revolutions, and to today's world. No comparable events have yet stirred the Muslim world.