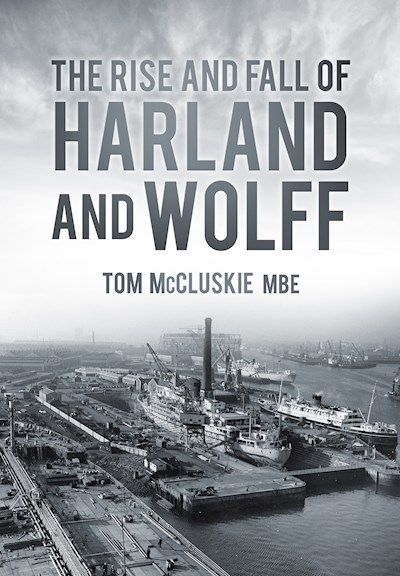 Harland and Wolff, once acknowledged as the greatest and best-known shipbuilding company in the world, for many years enjoyed a mighty eminence before a gradual descent into near obscurity. This illustrated book, told from the unique perspective of someone who was there at the time, chronicles the history of the organisation from its creation to the present day, from its halcyon days to its present incarnation. Today, the company is no longer involved in shipbuilding, maintaining only a small ship repair and engineering facility and occupying a fraction of its previously vast complex. At its peak Harland and Wolff directly employed over 45,000 people, with even more in its subsidiary companies. Well-known Harland and Wolff former employee Tom McCluskie, who was a technical consultant to James Cameron on the movie Titanic, sheds light on many little-known facts about the business, delves into the human interest stories, and recounts both the mighty zenith and ignominious demise of this great enterprise.