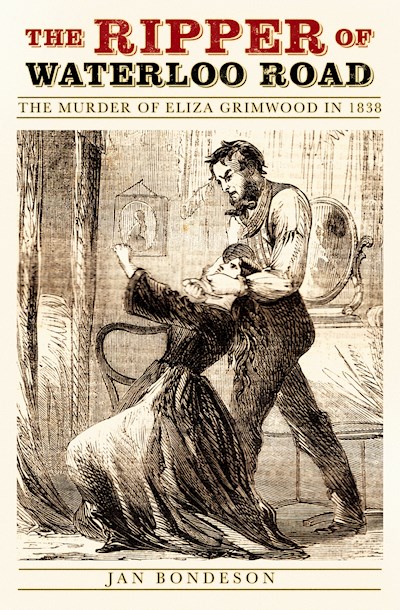 WHEN JACK THE RIPPER first prowled the streets of London, an evening newspaper commented that his crimes were as ghastly as those committed by Eliza Grimwood’s murderer fifty years earlier. Hers is arguably the most infamous and brutal of all nineteenth-century London killings. Eliza was a high-class prostitute, and on 26 May 1838, following an evening at the theatre, she brought a ‘client’ back to her home in Waterloo Road. The morning after, she was found with her throat cut and her abdomen viciously ‘ripped’. The client was nowhere to be seen. The ensuing murder investigation was convoluted, with suspects ranging from an alcoholic bricklayer to a royal duke. Londoners from all walks of life followed the story with a horror and fascination – among them Charles Dickens, who took inspiration from Eliza’s death when he wrote the murder of Nancy in Oliver Twist. Despite this feverish interest, the case was left unsolved, becoming the subject of ‘penny dreadfuls’ and urban legend. Unusually for a crime of this early period, the diary of the police officer leading the investigation has been preserved for posterity, and Jan Bondeson takes full advantage of this unique access to a Victorian murder inquiry. Skilfully dissecting what evidence remains, he links this murder with a series of other opportunist early Victorian slayings, and, in putting forward a credible new suspect, concludes that the Ripper of Waterloo Road was, in fact, a serial killer claiming as many as four victims.