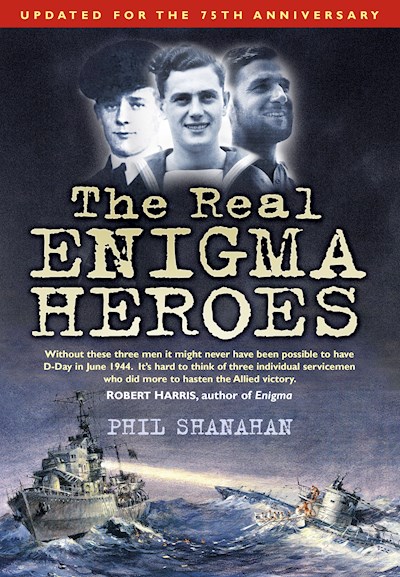 For almost sixty years after their deaths, three men, whose brave actions shortened the Second World War by as much as two years, remained virtually unknown and uncelebrated. Two lost their lives retrieving vital German codebooks from a sinking U-boat. The third survived the war, only to die in a house fire soon afterwards. But it was the precious documents they seized in October 1942 that enabled Bletchley Park’s code-breakers to crack Enigma and so win the Battle of the Atlantic. Now recognised as a pivotal moment in world history, three British servicemen made it possible to finally beat the U-boats, but at the time not even their families could be told of the importance of their deeds. Shrouded in secrecy for decades, then recast as fictional Americans by the Hollywood film U-571, this book sets the record straight. It is written in celebration of Colin Grazier GC, Tony Fasson GC, and Tommy Brown GM - the REAL Enigma heroes.