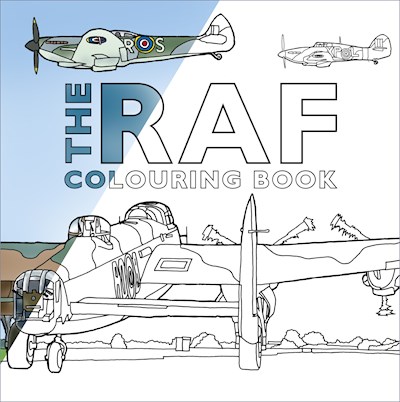 Formed in 1918, the Royal Air Force is the oldest independent air force in the world. This long history has seen operations conducted across a variety of terrains in vastly different aircraft, from biplanes to bombers, from jet to delta wing, through to the fighter, surveillance, and air mobility aircraft of today. This book charts the story of the RAF through its aircraft and its most significant events, remembering and highlighting such key milestones as the Battle of Britain and the Dams Raid. The RAF Colouring Book is the perfect gift for children and RAF enthusiasts, and will keep them occupied and educated for hours.