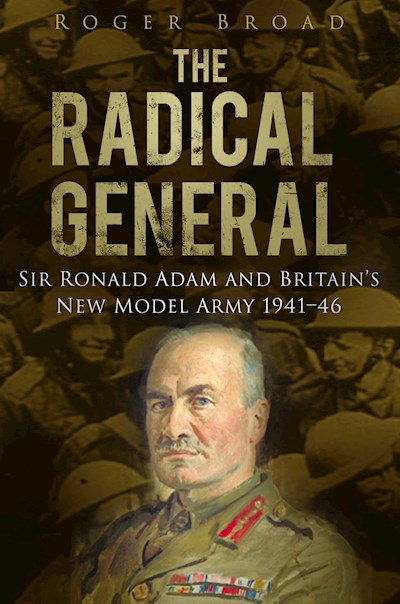 Britain’s great battlefield generals of the Second World War like Montgomery and Slim would have failed had not General Sir Ronald Adam been appointed Adjutant-General in 1941. As the army’s second most senior officer, he was responsible for providing the man- and womanpower for battle. He revolutionised recruitment practices and introduced scientific selection procedures to find the officers, NCOs and technicians that a modern army needed. Adam also recognised that soldiers needed to believe in the cause they were fighting for. This too led to controversy when the soldiers began to debate political issues about post-war Britain. Did Adam’s espousal of such discussion groups lead to the Labour landslide in 1945? How did this career soldier of conventional background, when given the authority, come to tread on so many toes, kick so many shins and break up so much of the War Office’s most revered items of mental and organisational furniture? This book reveals the true story of a Modern Major-General. ROGER BROAD has worked as an international journalist for the Financial Times, Economist Intelligence Unit, editor for European Community magazine and the UK press officer for the European Commission in the 1960s. Broad served as the UK head of the European Parliament and authored of European Dilemmas: From Bevin to Blair (Palgrave, 2001) and Conscription in Britain 1939-1964: The Militarisation of a Generation (Routledge, 2006). He also spent his National Service serving with the Royal Army Educational Corps.