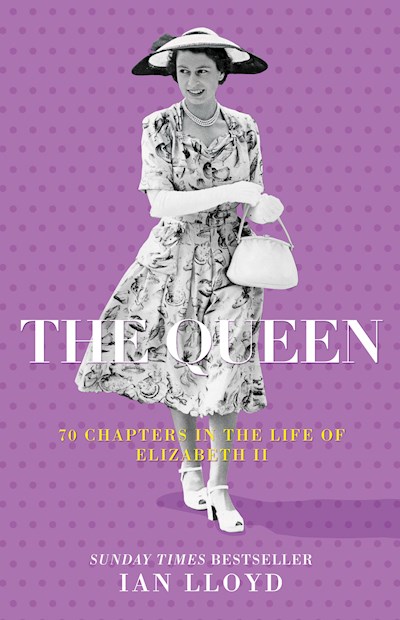 ‘I get enormously impressed when she walks into a room,’ Princess Margaret once said of her sister. ‘It’s a kind of magic.’ Prince William recalled, ‘As I learned growing up, you don’t mess with your grandmother. What she says goes.’ In the year of the Queen’s Platinum Jubilee, royal biographer Ian Lloyd reveals the woman behind the legend over 70 themed chapters. Drawing on interviews with relatives, friends and courtiers, he explores her relationship with seven generations of the royal family, from the children of Queen Victoria to Elizabeth’s own great-grandchildren. He also sheds light on some lesser-known aspects of her character, such as her frugality and her gift for mimicry. In addition, we see her encounters with A-listers, from Marilyn Monroe to Madonna, and her adept handling of several of the twentieth century’s most difficult leaders. Above all, Lloyd examines how the Queen has stayed true to the promise she made to the nation at the age of 21, ‘that my whole life, whether it be long or short, shall be devoted to your service’.