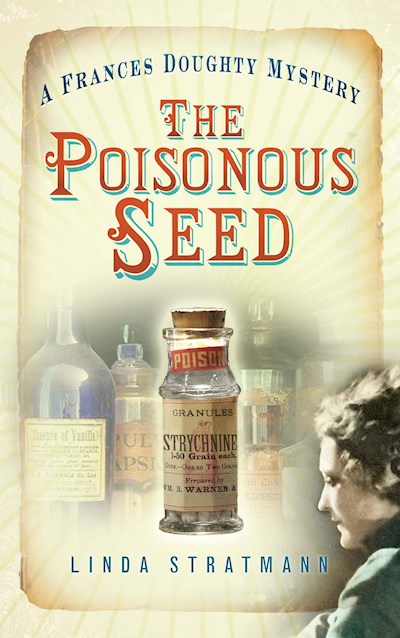 When a customer of William Doughty’s chemist shop dies of strychnine poisoning after drinking medicine he dispensed, William is blamed, and the family faces ruin. William’s daughter, nineteen year old Frances, determines to redeem her ailing father’s reputation and save the business. She soon becomes convinced that the death was murder, but unable to convince the police, she turns detective. Armed only with her wits, courage and determination, and aided by some unconventional new friends, Frances uncovers a startling deception and solves a ten year old murder. There will be more deaths, and a secret in her own family will be revealed before the killer is unmasked, and Frances will find that her life has changed forever. The first book in the popular Frances Doughty Mystery series.