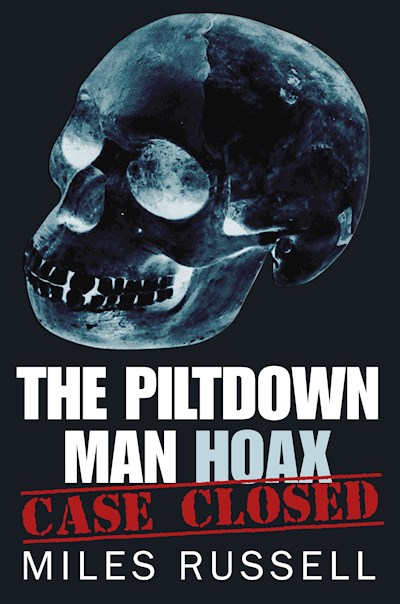 Piltdown. Even today the name sends a shiver down the collective spine of the scientific community, for this was the most dramatic and daring fraud ever perpetrated upon the world of science and academia. Between 1908 and 1912, a series of amazing discoveries relating to what appeared to be the earliest human were made close to the little village of Piltdown in Sussex. These remains belonged to the developmental ‘missing link’ between man and ape. The basic principles of evolution, first propounded by Charles Darwin some fifty years before, now appeared as indisputable fact. The Manchester Guardian ran the first headline: ‘THE EARLIEST MAN?: REMARKABLE DISCOVERY IN SUSSEX. A SKULL MILLIONS OF YEARS OLD’ it screamed, adding that the discovery was ‘one of the most important of our time’. The news spread quickly around the world, with many voicing their eagerness to examine the find. Few archaeological discoveries have the capacity to be front-page news twice over, but ‘Piltdown Man’ is a rare exception. Forty-one years after he first became famous, the ‘Earliest Englishman’ was again hot news. It was late November 1953, and the world was about to discover that Piltdown Man had been a hoax. Not just any hoax mind, the London Star declared it to be ‘THE BIGGEST SCIENTIFIC HOAX OF THE CENTURY’.