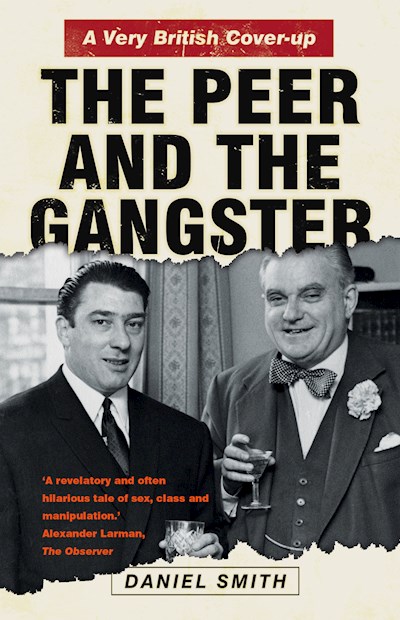 In July 1964, the Sunday Mirror ran a front-page story headlined: PEER AND A GANGSTER: YARD ENQUIRY. While the article withheld the names of the subjects, the newspaper reported that the Commissioner of the Metropolitan Police had ordered an investigation into an alleged homosexual relationship between ‘a household name’ from the House of Lords and a leading figure in the London underworld. Lord Boothby was the Conservative lord in question, and Ronnie Kray the infamous gangster. The report threatened a scandal even more explosive than that of the Profumo affair the previous year. Yet within a couple of weeks the story had been killed off, vanishing as suddenly as it had appeared. Lord Boothby and the Krays carried on with business as usual. Now, for the first time the full saga of the cover-up and its far-reaching consequences can be revealed. Drawing upon recently released MI5 files, government papers, extensive interviews, and a wide array of contemporary reports and secondary sources, Daniel Smith pieces together how eminent figures from the political firmament, the Security Service, the Metropolitan Police, the legal profession and the media saw to it that the Sunday Mirror’s story was crushed almost as soon as it emerged.