The Passion for Pelargoniums 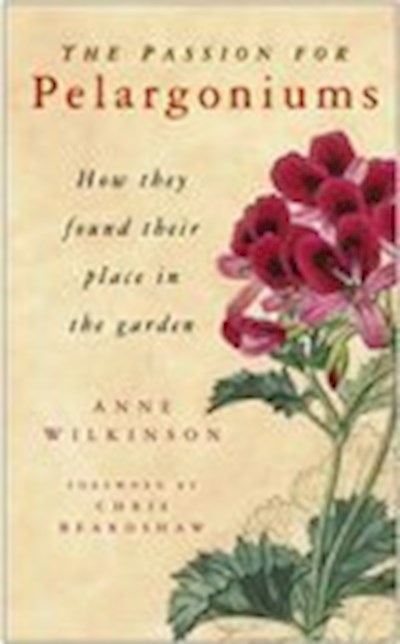 The Passion for Pelargoniums

Quick and reliable to grow for summer colour, and well marketed, most gardeners will have at least one pelargonium in their garden or conservatory, without realising either the number or variety of species available, nor the plant's extraordinary history. The Passion for Pelargoniums reveals the fascinating and dramatic tales of those who have been involved in finding, classifying, collecting and breeding the plants. It explodes the myth that all modern versions of the plant are descended from the oldest known variety - the seventeenth-century drab-coloured P. triste, literally translated as the sad pelargonium, and reveals that 2,000 hybrids have been developed from less than a dozen plants originally imported from the East. From the contribution of L'Heritier, whom Sir Joseph Banks named 'an impudent Frenchman', to collectors like Masson and the Marquess of Blandford (known for his 'elegant emporium'), competing nurserymen determined to make both fortunes and reputations, and the burgeoning Victorian varieties as growers searched for the holy grail of the scarlet geranium, the book recounts the plant's extraordinary history. Today, while traditional white ones, doubles, 'nosegays' and 'rosebuds' still flourish, the 'lemon-scented geranium' is only one of a number of scented varieties, while pelargoniums can have flowers of pink, red, purple, yellow or black. This is the story of how the passion felt by gardeners for their plants stirred them to bitter rivalry and criminal obsession, scandal, fraud, and fast dealing, and saw polite society being rather less than polite.