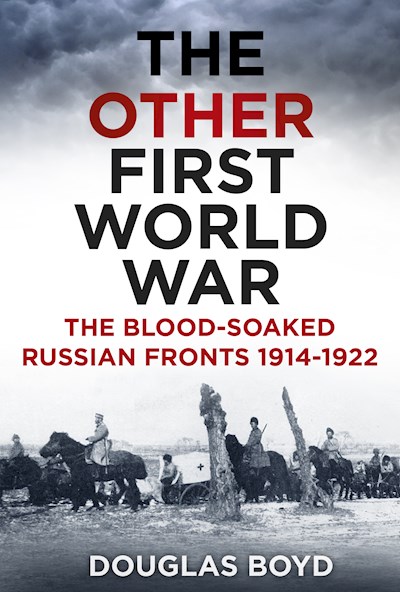 Winston Churchill called it ‘the unknown war’. Unlike the long stalemate of the Western Front, the conflict 1914–18 between the Russian Empire and the Central Powers was a war of movement spanning a continent – from the Arctic to the Adriatic, Black and Caspian seas and from the Baltic in the west to the Pacific Ocean. The appalling scale of casualties provoked strikes in Russia’s war industries and widespread mutinies at the front. As the whole fabric of society collapsed, German money brought the Bolsheviks to power in the greatest deniable dirty trick of the twentieth century, after which Russia stopped fighting, eight months before the Western Front armistice. The cost to Russia was 4 million men dead and as many held as POWs by the Central Powers. Wounded? No one has any idea how many. All the belligerent powers of the Russian fronts were destroyed: the German, Austro–Hungarian and Russian empires gone forever and the Ottoman Empire so crippled that it finally collapsed in 1922. During four years of brutal civil war that followed, Trotsky’s Red Army fought the White armies, murdering and massacring millions of civilians, as British, American and other western soldiers of the interventionist forces fought and died from the frozen Arctic to the arid deserts of Iran. This is the story of that other First World War.