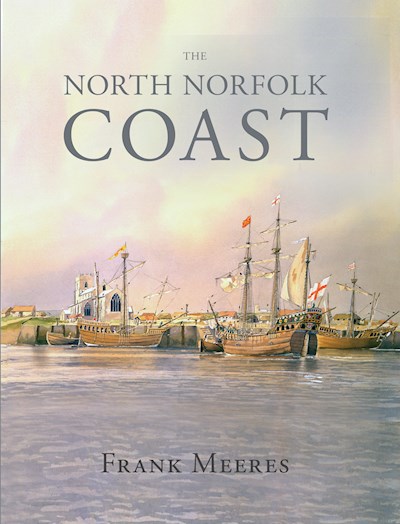 The coast of North Norfolk and the towns and villages that stand along and behind it make up one of the most delightful parts of the British Isles. Areas of outstanding beauty include paradises for bird and animal lovers, such as Scolt Head Island, Blakeney Point and Cley and Salthouse marshes. Today’s celebrated landscape is the product of a fascinating history. That this was a rich part of the country in the Middle Ages is shown by the many glorious churches, some with tall towers acting as waymarks. There were monastic houses, too, the most important being Walsingham, which was a place of pilgrimage for thousands including every medieval king of England. Landowning families that built great houses along the coast or just inland included the Rolfes of Heacham, forever associated with Princess Pocahontas, the Bacons at Stiffkey, and the Lestranges of Hunstanton Hall, immortalised in fiction by P.G. Wodehouse. Away from the coast settlements such as the Burnhams and Holt developed as market towns. The latter was devastated by fire in 1708 and newly discovered documents help bring this dramatic event to life. The area has produced its fair share of great seafarers, from admirals such as Christopher Myngs and Cloudesley Shovel to lifeboatman hero Henry Blogg. Horatio Nelson, one of England’s most famous sons, was born in Burnham Thorpe. The brave men of the coast fished the hostile North Sea and beyond, traded with Iceland and Scandinavia, and served on the frontline in wars with the Spanish, French and, most recently, Germans. Since the early 19th century the area has also seen the rise of tourism. Cromer grew following the arrival of the railway and the promotion of ‘Poppyland’ by Clement Scott and is mentioned as a watering town by Jane Austen. Hunstanton was developed as a seaside resort by the l’Estranges. Frank Meeres has put this beautiful corner of the county into historical context so that residents and visitors will enjoy discovering its special heritage.