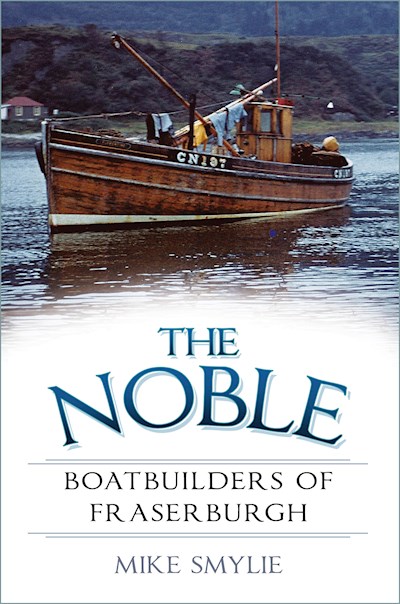 In 1898, Alexander Noble opened up his boatbuilding yard, handing the reins over to one of his three sons, Wilson, by 1910. The company built mostly fishing boats, and survived up to 1959, after which time it was briefly taken over by Thomas Summers & Co., but in 1932 Wilson’s brother James left to set his own yard up nearby with a plan to pursue yacht building. New yachts never materialised, but almost immediately fishing boat orders did. So popular was this new yard that James built and launched 5 fishing boats that year whilst Wilson only managed 4, and this pattern continued. Wilson ceased trading in 1959, but James’ yard survived right up to 1981, building 223 vessels including many popular fishing boats, some of which are still working. Many local workers remember this yard with affection, and this new history from expert fishing author Mike Smylie is packed with information on how the yards worked and the boats were built and operated, with many illustrations looking back over these important Fraserburgh boatyards.