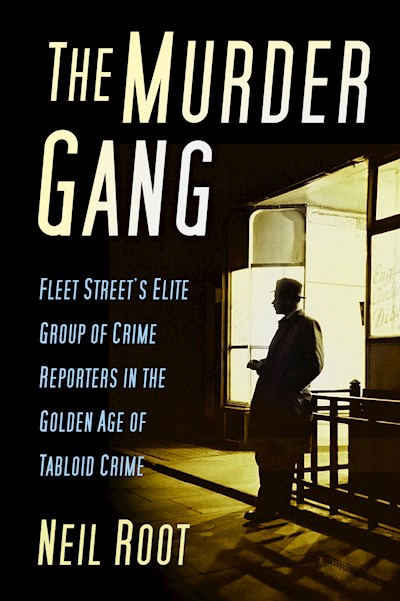 They were an elite group of renegade Fleet Street crime reporters covering the most notorious British crime between the mid-1930s and the mid-1960s. It was an era in which murder dominated the front and inside pages of the newspapers – the ‘golden age’ of tabloid crime. Members of the ‘Murder Gang’ knew one another well. They drank together in the same Fleet Street pubs, but they were also ruthlessly competitive in pursuit of the latest scoop. It was said that when the Daily Express covered a big murder story they would send four cars: one containing their reporters, the other three to block the road at crime scenes to stop other rivals getting through. As a matter of course, ‘Murder Gang’ members listened in to police radios, held clandestine meetings with killers on the run, made huge payments to murderers and their families – and jammed potatoes into their rivals’ exhaust pipes so their cars wouldn’t start. These were just the tools of the trade; it was a far cry from modern reporting. Here, Neil Root delves into their world, examining some of the biggest crime stories of the era and the men who wrote them. In turns fascinating, shocking and comical, this tale of true crime, media and social history will have you turning the pages as if they were those newspapers of old.